“Securing a brighter future for our children and future generations requires countries to take urgent action at home and abroad to turn the tide on climate change,” said Boris Johnson, Prime Minister of the United Kingdom when referring to the importance of the COP26

The Prime Minister might have also added that “urgent action” at home and abroad was also needed to secure a brighter future for the other species we share the planet with. Species that are already feeling the negative impacts of climate change.

According to the UK COP26 website, ‘The COP26 summit will bring parties together to accelerate action towards the goals of the Paris Agreement and the UN Framework Convention on Climate Change.’

The organizers say there are four specific goals they are trying to achieve at COP26:

1. Secure global net zero by mid-century and keep 1.5 degrees within reach by:

2. Adapt to protect communities and natural habitats by:

4. Work together to deliver by:

These four goals set by the organizers of COP26 could all have an impact on endangered (and other) species. However, goals 1 and 2 are directly related to climate change activities that are having the most direct impact on the conservation status of species.

Climate change is already having a significant impact on species.

According to an International Union for Conservation of Nature (IUCN) 2019 report titled Species and Climate Change, “Species are already being impacted by anthropogenic climate change, and its rapid onset is limiting the ability of many species to adapt to their environments. Climate change currently affects at least 10,967 species on the IUCN Red List of Threatened Species™, increasing the likelihood of their extinction.”

In 2019 when the report was issued, the IUCN had assessed 112,432 species for their conservation status which means almost 10% of the species assessed by the IUCN in 2019 were being affected by climate change.

Also, according to the same IUCN report, the Bramble Cay melomys had the unfortunate distinction to be the first mammal reported to have gone extinct as a direct result of climate change. Its habitat was destroyed by rising sea levels.

The Bramble Cay melomys won’t be the only species driven to extinction by the impacts of climate change.

10 Species Being Impacted by Climate Change

According to information from the IUCN Red List, and in the IUCN 2019 report, here are ten species being negatively impacted by climate change and why:

What Impacts a Species and Who is Accountable?

Unlike other issues that affect the conservation status of a species, climate change is unique in how it impacts species. Not only is it unique in the ways it can impact different species such as altering a species habitat by warming oceans or by creating droughts, but it is also unique when determining who should be held accountable for the impact climate change is having on species.

With Climate Change it is Different

With climate change it’s different. With climate change, the warming waters that are causing a disruption of the krill food supply for whales is a not a result of one individual. Nor is it the result or a group of individuals in a specific location that is causing the water to warm. Rather the warming of ocean water is a result of actions being taken by individuals living in the United States, Europe, Japan, India, and China (and most everywhere else on the planet for that matter).

And how does the water which impacts the krill get warmer? According to the IUCN, “The ocean absorbs most of the excess heat from greenhouse gas emissions, leading to rising ocean temperatures.”

So, who is Responsible for Climate Change’s Impact on Endangered (and other) Species?

Every country in the world contributes to the greenhouse emissions polluting the atmosphere. And the largest contributors are (in order) China, the United States, the European Union, India, and Russia.

But it is not an abstract notion of countries that is creating the problem. It is the individuals in these countries that are responsible for the impacts climate change is having on whales, and penguins and polar bears and every other species being impacted by climate change.

The climate change relationship between actions and impacts may not seem direct. But they are.

Almost every individual on the planet is responsible for greenhouse gas emissions and therefore climate change (give or take a few lost tribes or those very concerned individuals who have offset their energy footprint). However, some individuals are more responsible than others.

That in turn will reveal if there is going to be “a brighter future for the other species we share the planet with.”

We will soon have glimpse of that future.

More on climate change and endangered species in future posts. 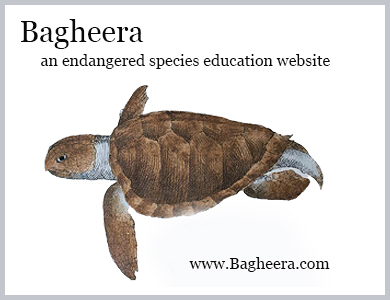 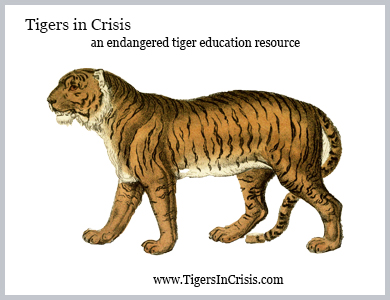